It’s Been Real | Goodbye to my only UK Job 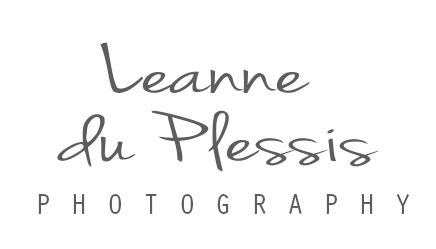 I was asked what is my most memorable recollection at i4. I can’t just give one. I have been in one job since I arrived in the UK in 2008. I have seen so many changes in the financial services industry, seen staff come and ago and laughed more times than I can remember.
Arriving in London is a culture shock in itself. Starting work in the west end in a room full of Australians, just total culture confusion. But jokes aside, the Sydney boys were awesome and I’m still friends with them. Fast forward a few years and it’s out with the Sydney boys and in with the Essex girls. A little less naturally tan skinned, sun bleached hair, and a bit more fake bake and synthetic blonde curls.

There’s also been the financial services legislation that rocked our industry more than once. But where there’s a will, there’s a way. And unfortunately for me I leave the industry with a P45 rather than big redundancy pay out. It came close on a few occasions, I can tell you that. Being asked questions by HMRC is like facing the dragon. After that encounter, I can guarantee that upon my self-employed journey,   I will be playing by the book. I won’t discuss the reasons for my chat with HMRC, except to say that someone shot themselves in the foot…and it wasn’t me.

Not forgetting the are the office antics. After returning from 9 months maternity leave with my second child, I met the new BDM in our office. Easy on the eye, but with more brawn than brains, I was even more shocked to see the lack of business he had brought in. Thinking before I spoke, I asked him WTF he’d been doing the last few months. He left a few days later, no bad feelings.

We’ve had one ex-employee hurl coffee cups at the wall after being fired. Another girl sit and complain about how terrible her working conditions were. She left 7 years ago and my salary is still less than hers was then. We’ve had an employee try and steal our database. He was so intelligent, he actually signed his own name at the bottom of each email he sent.

We’ve had a colleague with extremely liberal views and ways of life. And that’s cool, but why does liberal need to extend to personal hygiene and why do we need to be subjected to it. Absolute respect for different views, but I don’t appreciate them being inflicted on another in a horrifying way. We’ve had someone who knows everyone. Guaranteed if you say something, he knows someone who knows them or has done something similar. Including going to school with Lewis Hamilton. I love a creative imagination.

There’s been a little posh boy, fresh out of school. He had half the office believing he had a butler named Giles. To be fair, he was that posh, that it could be easily believable. But another colleague got her own back with him, convincing him that she’d had her nipples lasored off. Yes, that was even thought up!!

We’ve had our resident Czech lady come out with some of the funniest expressions I’ve ever heard. Amongst them, include “toucha the wood” ( touch the wood), “Chelsea and retard” (Chelsea and Whittard), “He’s like sugar and whip” (there’s just no explanation for that except to say the person in question was acting like a bipolar person. My favourite was her reference to a company in the same building as us, ‘Whylie Design’…the room exploded with laughter when the words ‘Willy Design’ came out of her mouth. She makes us laugh and we love her to bits.

Then there’s the boss. Both himself and his wife are Jewish and she’s super strict about kosher food, no pork and having foods mixed that shouldn’t be. Working late one night, my colleague says to him, “What pizza are you having, Pepperoni, same as last week?” Perfect timing, as his wife was sitting next to us in the office. He’s had some questionable choices in clothes over the years. Most memorable are his grandad shoes…

And then there’s our nights out. Debauchery. Absolutely chaos. I have been thrown out of a taxi miles from home, because one of the group was arguing with the driver. I have dragged myself out of a bar into a Tuk Tuk, laughing with tears rolling down our faces, down Waterloo bridge. We’ve had colleagues leave everything they own in a club and still manage to get home. I’ve missed my train more times than I can count. Fallen asleep on the last train 10 miles from home. I don’t remember how many times we’ve rolled home, probably literally for a few of us.

We’ve celebrated babies and weddings during my time at i4. And sadly also 2 deaths in recent weeks.

But most of all during my time at i4, has been one big laugh! I have so many amazing memories. But the ones that stands out most are the number of times I’ve crawled under the desks of my colleagues, when they’ve stepped out the office. Upon their return to their desk, as they are about to sit, I grab their leg. If you ever want to hear a man scream like a girl, this would be the time.

It’s been fun, it’s been real, it’s been intense but most of all, I can’t wait to leave the financial services industry. I’m looking forward to embarking on a new journey.